Resources in celebration of the history and contribution of Hispanic and Latino Americans. Additional resources at hispanicheritagemonth.gov/ 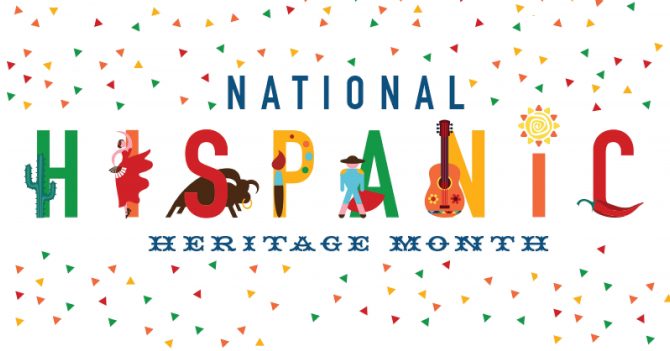 This month, which runs from September 15-October 15 each year, recognizes the contributions and influence of Hispanic and Latinx Americans to the history, culture, and achievements of the United State. It honors the heritage of Latin American countries and communities. Trexler Library has gathered a number of print and electronic resources by and about Hispanic and Latinx Americans. Browse by content type in the tabs above.

The celebration began as Hispanic Heritage Week in 1968 and was expanded to a month in 1988. September 15 was chosen as the starting point to recognize the five Hispanic countries that declared independence on September 15, 1821: Costa Rica, El Salvador, Guatemala, Honduras, and Nicaragua. Mexico, Chile, and Belize celebrate their own independence days shortly after, on September 16, 18, and 21 respectively.